In a new blog we will be looking back at periods in time when the newest craze or groundbreaking technology was released. 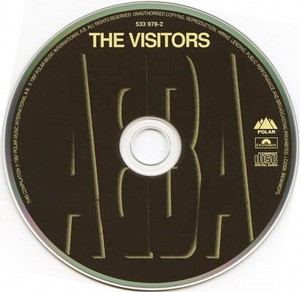 Phillips and Sony co-developed the CD standard, which was designed to be the successor to the phonograph record. By the time the CD went on sale in November of that year, about 150 titles had been produced.The album gain worldwide recognition, winning a Platinum award in the United Kingdom ( 300,000 sales ) and Germany ( 500,000 sales ), compare that to today when all album are downloaded onto a smart phone instantly.

Digital music singles downloaded in the United States In 2017 we’re approximately 553.5 million, down from 743 million a year earlier, it’s crazy to think that you had to stack all the cd case up or even have a folder for easy storage. Now you just need good phone memory, or even stream them from a cloud based app like Google Play Music, Amazon Music, Spotify and SoundCloud.

Standard CDs can hold up to about 80 minutes of uncompressed audio or about 700 MiB of data. The Mini CD we’re sometimes used for CD singles, storing up to 24 minutes of audio, or delivering device drivers. At the time of the technology’s introduction in 1982, a CD could store much more data than a personal computer hard drive, which would typically hold 10 MB. By 2010, hard drives commonly offered as much storage space as a thousand CDs, while their prices had plummeted to commodity level.

In 2004, worldwide sales of audio CDs, CD-ROMs and CD-Rs reached about 30 billion discs. By 2007, 200 billion CDs had been sold worldwide. From the early 2000s CDs were increasingly being replaced by other forms of digital storage and distribution, with the result that by 2010 the number of audio CDs being sold in the U.S. had dropped about 50% from their peak; however, they remained one of the primary distribution methods for the music industry.

This short blog was completed by Recycle Your Tec.